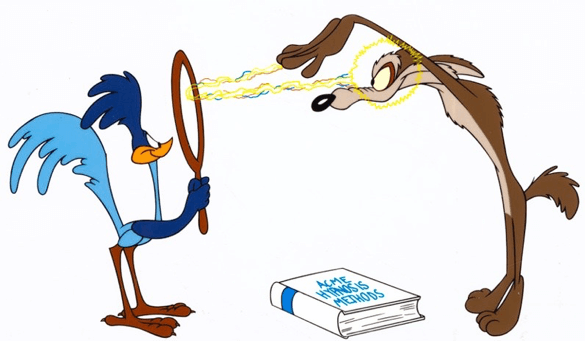 I was running a British Canoeing Coaching The Mind course at the weekend.  It got me thinking about goal setting.  Every school student, and anyone who has done any form of management training knows about SMART goals.  They are Specific, Meaningful, Achievable, Relevant and Time bound.  You can chunk down your long term SMART goals in to a series of sub goals, in the medium or short term.  You can chunk down your big, long term goal in to to some positive action that you can do right now, today.  After all, you can't eat an elephant in one sitting!

One of the challenges is 'establishing current reality’ for the people we coach. Delusion is a rare thing, most people get it that, for example, chances are that a 40 year old with a full time job and a gym phobia you won’t achieve gold in the next Olympics. They know that.  SMART goal setting is a valuable developmental tool, and widely used. However, would Margaret Hamilton have been laughed at if she had set herself a long term goal of number crunching with enough skill to put people on the moon? Imagine Hamilton as a university student being told; “So you are aiming to get so good at maths that you can do calculations that will enable people to walk on the moon... that isn’t a SMART goal, it’s crazy talk!” SMART goals are great, but so are dreams and crazy aspirational world bending goals. I once coached at a club where a 10 year old newcomer proudly told me they wanted to kayak in the olympics... and years later that is exactly what they are on track to do. If that young person hadn’t had a crazy dream they would probably still be setting themselves SMART goals that are perceived as ‘achievable’ and ‘realistic.’ Thank goodness no well meaning coach came along with some SMART goals.

So, how about having some WILD goals? (I just made that up!) Think of the most impressive thing you have ever achieved. May be that was gaining a qualification? Winning a medal in your paddling discipline? Turning round a business to make an awesome profit? Chances are that at the start of the path that led you there that big achievement wasn’t something that was comfortably within your comfort zone, skill set or resources. More likely your road to achievement had certain features...

• Worry - it wasn’t plain sailing, you would be concerned that you would fail/weren’t good enough etc

• Instinct - you kept the faith, believed in your ability to achieve, even if you had no real evidence to back this up.

• Learning - you had to expand your skills set an learn new things and develop your abilities and resources to achieve it.

• Determination - it tested your grit and resilience. You had to knuckle down and see it through even when it looked like all the odds were against you, or you were seeing no tangible results.

Reflecting on how I came to progress with paddling and coaching, complete the British Canoeing Coaching Diploma, the MSc Performance Coaching).  To start off with  I just knew that in a vague and non-specific way I wanted to be better at paddling and coaching. I felt the key to this was gaining understanding by taking every opportunity that presented itself. I went on every training course and trip that I could. Sometimes I had no clear idea where these things were supposed to be leading, but eventually I found that I had experience and pre-requisite qualifications that enabled me to access higher level courses and provide my own courses and develop my own coaching practice.  I signed up for the Coaching Diploma with no idea if I had the intelligence, capacity, resources, money or ability to complete it.  Absolutely non of this was SMART. SMART goals are fab, but lets use them in conjunction with the potentially world bending WILD goals. Does it always matter if you don’t particularly know where things are leading so long as it is onwards and upwards? That sounds more of an adventure to me and I encourage those I coach to leave room for a bit of WILD, because you never know how the story will end.